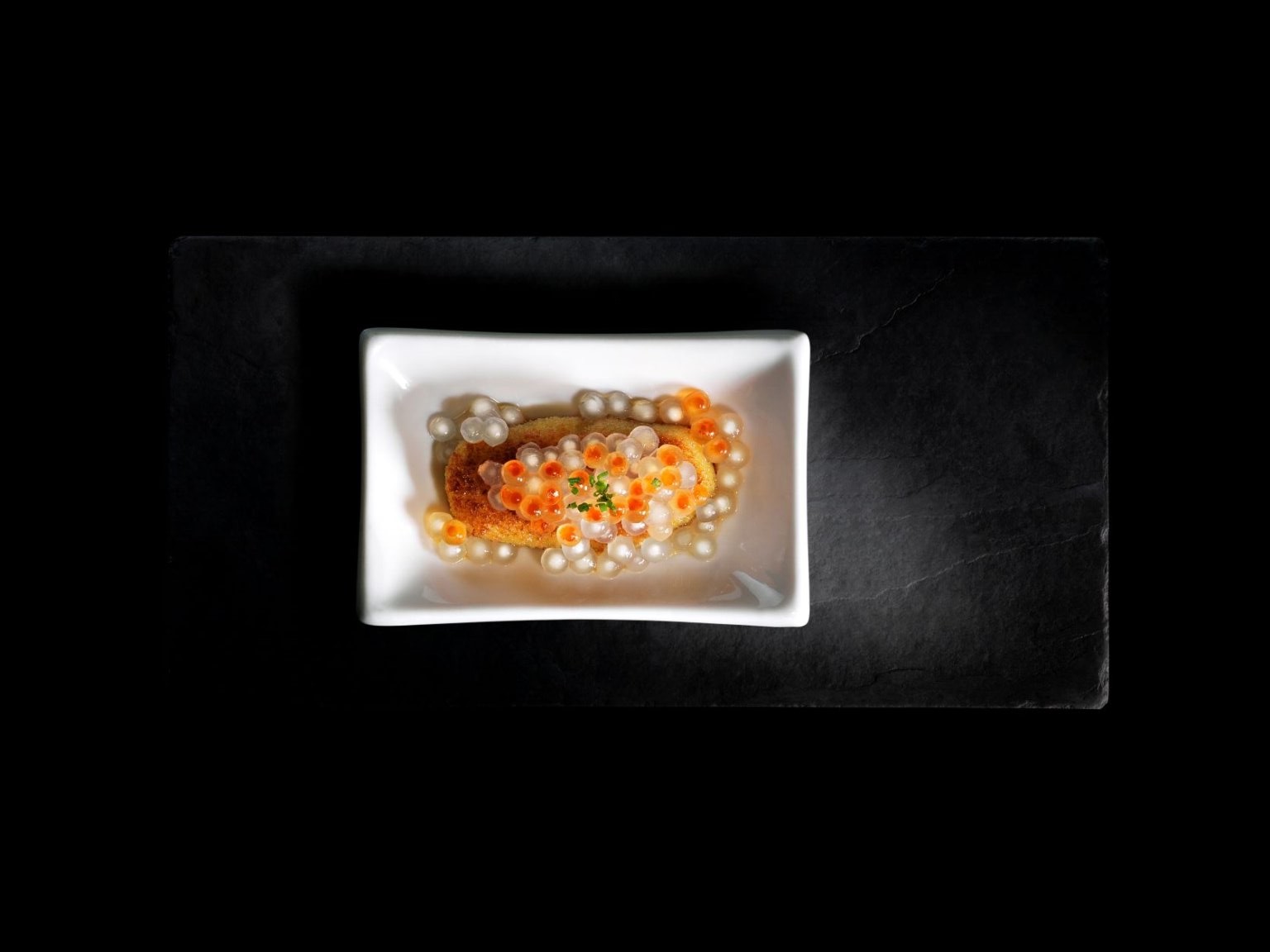 For two nights only, the most notable figure in South American gastronomy comes together with one of Dubai’s most celebrated chefs for a unique culinary affair.

Chef Gregoire Berger continues a season of world-class culinary collaborations this October with chef Alex Atala of two-Michelin-starred D.O.M. in São Paulo. Considered the best restaurant in South America and a perpetual fixture on the World’s 50 Best Restaurants list, this will be the first time chef Atala has cooked for the diners of Dubai.

Taking place for two nights only on Friday the 14th and Saturday the 15th of October, the third in a series of Ossiano’s world-class collaborations will see the two leading culinary talents unite to serve an unforgettable ten-course menu.  Titled “Euphoria of a New Departure”, the duo’s tasting menu will focus on seasonality and the abundance of nature, bringing forth fresh, in-season produce from their respective native countries of Brazil and France.

Each evening diners are invited to embark upon an immersive journey, focusing on a story specially crafted by the creative pair and interpreted through the culinary lens of each chef. Diners can expect oceanic-inspired dishes from chef Berger, including sea urchins with sour milk and XO, langoustines with feijoa (Brazilian guava) and nasturtiums, and black Onyx churrasco with chimichurri and padron peppers. Chef Atala’s interpretations include a pão de queijo (Brazilian cheese bread), Osso Iraty (Occitan-Basque cheese) and açaí, as well as toothfish with tucupi (a wild root found in the Amazon) and tapioca.

As one of the most admired chefs in the world, Alex Atala managed to put his country (Brazil) on the map of world cuisine, attracting the attention of cooks and food professionals to the work he does with indigenous Brazilian ingredients.  In 1999 he opened D.O.M., his most awarded restaurant, which raised him to the high plateau of the great chefs in the world. D.O.M. stands for Deo Optimo Maximo, which could be translated as ‘To God, The Good, The Great’.

In his kitchen, chef Atala focuses on native, unexplored Brazilian ingredients, presented in signature recipes such as pineapple with ants, cassava mille-feuille and palm heart fettuccine. His work has become known for bringing forth contemporary Brazilian cuisine with mainly Amazonian ingredients in dishes like the Pirarucu fish with açaí berry.

His vision of Brazilian cuisine has led him to great recognition, with many accolades in Brazil and abroad. D.O.M. was the first restaurant in the country to be recognised with two Michelin stars and is currently third on Latin America’s 50 Best restaurants list. In 2021, Chef Atala was also bestowed number eight in the prestigious Best Chef Award. Besides his restaurants, Alex Atala organises ‘Fru.to’, a seminar which gathers big names from around the world to debate the future of the global food system.

Offering progressive fine dining cuisine, one-Michelin-starred Ossiano pays homage to the riches of the ocean and coastal land. Guided by chef Berger’s memories of travel and his childhood in Brittany, each dish embodies the chef’s lifelong respect for seasonality, terroir, and sea foraging, with all ingredients sustainably sourced from the oceans or within fifty kilometres of a coastline.  At 36 years old, chef Berger has already made waves on the global culinary stage with his cutting-edge, unconventional dishes refined with traditional French technique, which has become his signature. The youngest and only chef in the country to be featured in the top 100 in the Best Chef Awards for five consecutive years, Ossiano was also awarded one Michelin star in 2022, as well as three toques in the UAE’s debut Gault&Millau guide, as well as Best Restaurant and Best Chef in the UAE.

October’s culinary partnership with chef Alex Atala is the third in a series of exciting and debut collaborations between chef Grégoire Berger and some of the world’s leading chefs. From May through December, Dubai diners can expect the biggest names in gastronomy to take to the Ossiano stage.