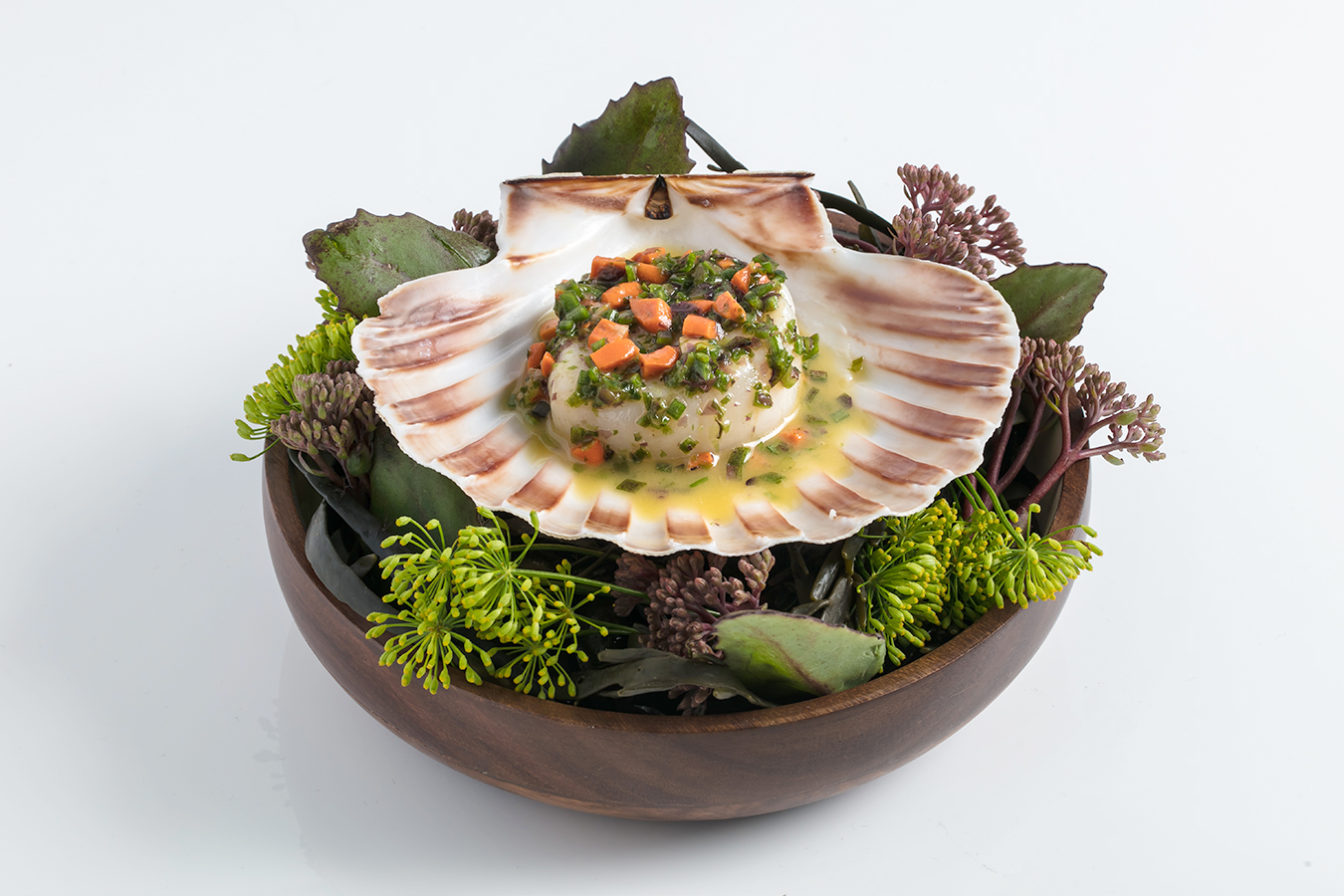 Gordon Ramsay was on hand to congratulate his former leading chef Clare Smyth today as her restaurant was one of three in the U.K. to join the list with two stars in the Michelin Guide Great Britain & Ireland 2019.

Notting Hill's Core by Clare Smyth, which opened to widespread acclaim in 2017, was too late for inclusion in the 2018 guide and skipped the most common route of initially winning a single star. There were two star additions also for Kitchen Table at Bubbledogs, in London; and for Moor Hall, a restaurant with rooms in the countryside of northern Lancashire.

The stars were announced in London at a ceremony attended by 150 chefs from the U.K. and overseas in an event that is the highlight of Britain's culinary calendar. There were also 21 new one-star establishments. No new restaurant won the top accolade of three stars, though there was widespread speculation in advance that Smyth might achieve that status.

Smyth, who catered the royal wedding this year, was the only female chef in the U.K. with three Michelin stars when she ran Restaurant Gordon Ramsay in London. She was with Ramsay for more than 13 years.

At Core, in Notting Hill, she has dispensed with tablecloths and stiff service and created unfussy dishes, including her signature Potato and Roe, a starter based around a single potato with beurre blanc, herring and trout roe. Other dishes include Isle of Mull scallop tartare with sea vegetable consommé; and pear and verbena, with poire Williams sorbet.

The two stars for Kitchen Table at Bubbledogs was an unexpected and popular award. It’s the venture of husband-and-wife team James Knappett and Sandia Chang. Chef Knappett creates gourmet dishes in the small dining room hidden behind a casual restaurant where Chang serves hot dogs and Champagne, along with sides such as tater tots.

The third winner of two stars is chef Mark Birchall, a protege of chef Simon Rogan, who was awarded a single star after opening Moor Hall last year. He’s a creative chef, known for dishes such as grilled langoustine with smoked marrow and green tomato.

The new one-star winners in London include: Brat, Leroy, Hide, Sabor, Roganic and Ikoyi. Outlaw’s at the Capital, Ametsa, Jamavar and Lima Fitzrovia are among those to lose their stars.

While there were cheers for the winners in the ceremony at the BFI IMAX in Waterloo, there was disappointment that no restaurant won a third star. Core was hotly tipped, and speculation surrounds establishments such as L’Enclume and Sat Bains each year.

Three stars are given for “exceptional cuisine, worth a special journey,” Michelin says. “Our highest award is given for the superlative cooking of chefs at the peak of their profession.” Two stars represent “excellent cooking, worth a detour.” One star is for “high-quality cooking, worth a stop.”

Michelin also has the Bib Gourmand, a separate category of award for good-value, inexpensive restaurants. There are 27 new Bib Gourmands in the 2019 guide, bringing the total to 143. London has 42, four of which are new: Petit Pois, a neighborhood French bistro in Hoxton; Kudu South African cafe in Peckham; Farang for Thai street food in Highbury; and Sorella, an Italian in Clapham.

The French tiremaker produced its first guide in 1900. It was free of charge until 1920 and was intended for chauffeurs. The volume contained practical information, including street maps and tips on repairing tires.