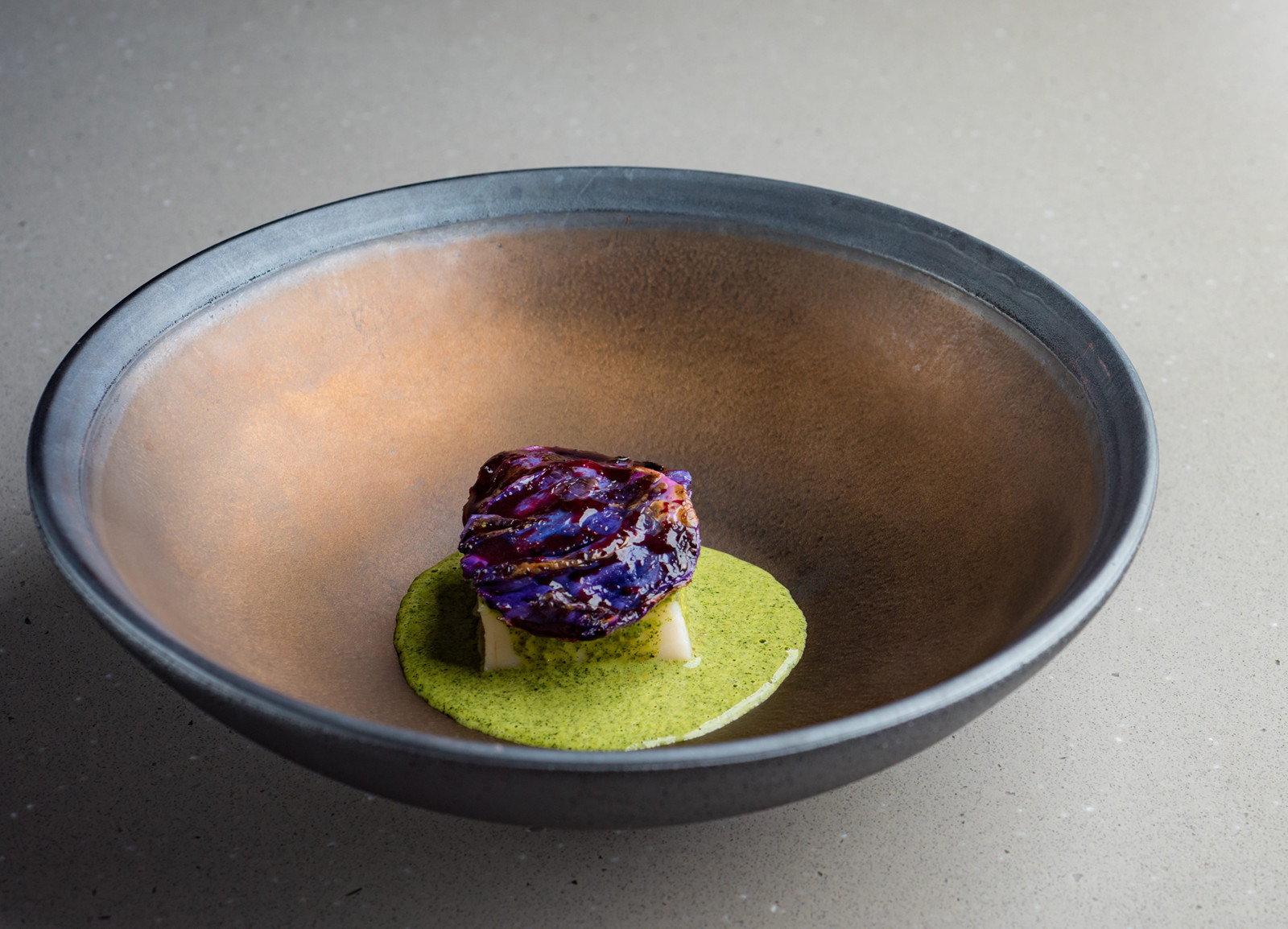 Aulis Hong Kong, much like Aulis in the Lake District, offers an up-close and personal dining experience. Using the season’s freshest produce, Simon will use the multifunctional, high-tech kitchen of Aulis as an experimental space for the creation of innovative dishes.

As an experimental hub, Aulis Hong Kong invites guests to surrender their senses to the creativity of the chefs. Expect the unexpected: an evening of high-speed dynamism and intimate interactions, as the chefs utilize the world’s most advanced kitchen equipment to create highly creative dishes personalized to the tastes of only 12 guests at a time.

The ever-changing 8-10 course experimental menu offers diners the opportunity to immerse themselves in Rogan’s unique culinary vision first- hand, and will be priced at HK$1,480+10% per guest, with an additional HK$680 for a choice of wine or cocktail pairing experience.

The 12-seater Aulis Hong Kong comes to Asia after the successful launch of Aulis Cartmel within L’Enclume in 2016. This followed with the opening of Aulis London in 2017 as a standalone development kitchen for Rogan’s London-based team of chefs at Roganic.

Click here to find out more about Roganic Hong Kong

Equipped with an award-winning team of chefs, Roganic will carry over elements of Simon Rogan’s two-Michelin-starred L’Enclume whilst adapting to the local palate in fun and eccentric ways.

For the opening menu, Simon Rogan and his team have created a series of innovative dishes that highlight ingredients picked fresh from local farms, taking on the Hong Kong branch with a new vision focused on Asian ingredients.

Guests will have a choice between the ten-course Roganic Long Taster Menu (HK$980) for the full Roganic experience, or the eight-course Roganic Short Taster Menu (HK$680), both with the option of wine pairings. The Roganic three-course Set Lunch Menu (HK$280) highlights three types of appetiser, signature dishes and desserts, offering a glimpse into the world of Simon Rogan with the power of three.

As part of the Roganic Hong Kong opening this Chinese New Year, Chef Simon Rogan also introduces his first Roganic Dessert Bar experience in Hong Kong. With a total of eight seats available at the dessert counter, guests can order the desserts as a la carte (priced at HK$108 each) or as part of a tasting menu format (HK$480 for all 5 desserts). Signature desserts include Stout, Molasses & Burnt Milk, Yellow Beetroot Sorbet, Buttermilk, Mint, Apple Tart and Juniper Ice Cream, Yuzu Curds with Anise Hyssop and Raspberry Grains and Rhubarb with Fermented Honey, Beetroot & Rose.

Click here to find out more about Roganic Hong Kong