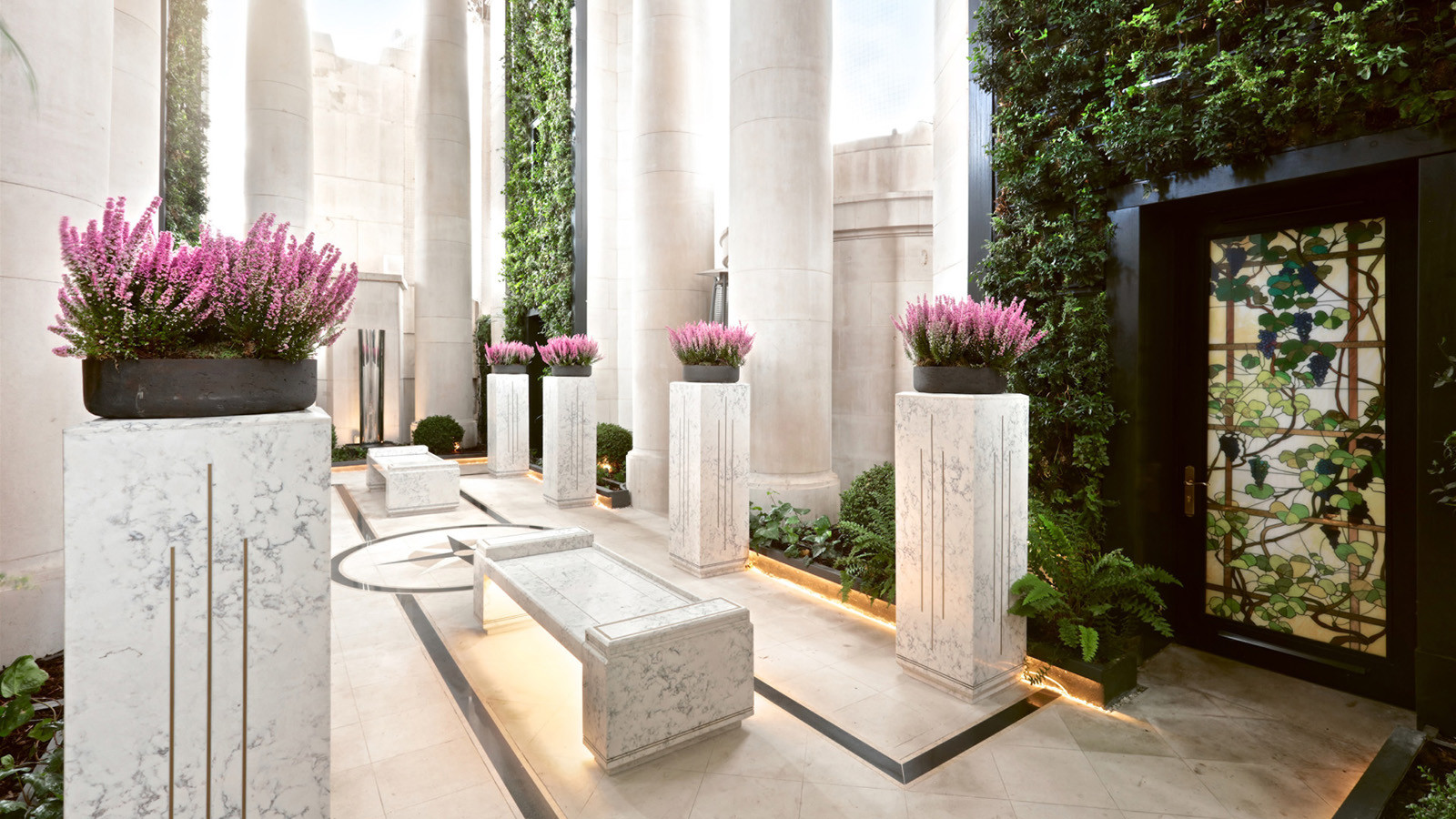 At the dawn of a new decade, Four Seasons Hotel London at Ten Trinity Square looks to London’s spellbinding past to launch a new Extraordinary Experience that will immerse guests in the living heritage of the Crown Jewels. Guests will be transported back in time with a private tour of the Crown Jewels in the Tower of London, one of the City’s most recognisable landmarks, before fully returning to the present with a stay in the Hotel’s Tower Residence and a private two Michelin-starred lunch personally prepared by La Dame de Pic London’s Executive Chef Luca Piscazzi.

The experience will begin at the Tower of London, which sits just steps from the Hotel. Guests will be able to bask in the stillness of the Tower’s hallowed streets, as they enjoy entry to the fortress before it opens to the general public for the day. Greeted by a Yeoman Warder, guests will embark on a completely private tour of the Crown Jewels in the Tower’s Jewel House. During the tour, guests will view five of the eight crowns designed by House of Garrard, the world’s longest serving jeweller, in addition to the Sovereign’s Sceptre with cross, which was redesigned by Garrard in 1910 to include Cullinan I, the largest clear-cut white diamond in the world.

Following the tour, guests will return to the Hotel to the Tower Residence, their luxurious accommodation for two nights, which overlooks the iconic site from which they will have just departed. Within the Residence, House of Garrard’s heritage expert will talk guests through the provenance of the Crown Jewels, while one of the House’s gemologists will showcase both loose gemstones in addition to a selection of fine jewellery as they present the properties behind the different stones while guests learn hands on how to examine the stones.  With this freshly imparted knowledge, guests will then have the opportunity to choose their own piece of fine jewellery on loan to complement the proceeding lunch in the Hotel’s highest point, the central tower, adorned from the outside with a commanding allegorical statue of Father Thames pointing east towards the sea, the most literal reminder of the building’s original designation as the Port of London Authority.

In the central tower’s covered secret garden, where guest and public access is normally completely prohibited, Executive Chef of La Dame de Pic London Luca Piscazzi will personally prepare and introduce a two Michelin-starred lunch comprising of a six-course tasting menu, with matching wines by award-winning Director of Wine Jan Konetzki. Piscazzi oversees the London flagship restaurant of the most decorated female chef in the world, Anne-Sophie Pic, with the restaurant receiving its second star in October 2019.

Extraordinary only happens at Four Seasons and with its collection of locally curated experiences, access is provided to Four Seasons guests to the world’s most captivating people, places and moments.  These are special, awe-worthy moments guests no longer only have to dream about; instead, there are opportunities for them to establish long-lasting and shareable memories.  This year, Four Seasons Hotel London at Ten Trinity Square unfolds a truly memorable Extraordinary Experience.

Experience priced at GBP 25,000 + VAT to include two night stay in the Tower Residence at Four Seasons Hotel London at Park Lane including breakfast; private tour of the Crown Jewels; gemology masterclass with House of Garrard including temporary loan of fine jewellery pieces; and a six-course two-Michelin starred lunch with matching wines in the Hotel’s central tower. Up to ten guests can be accommodated for the private lunch at an additional cost.