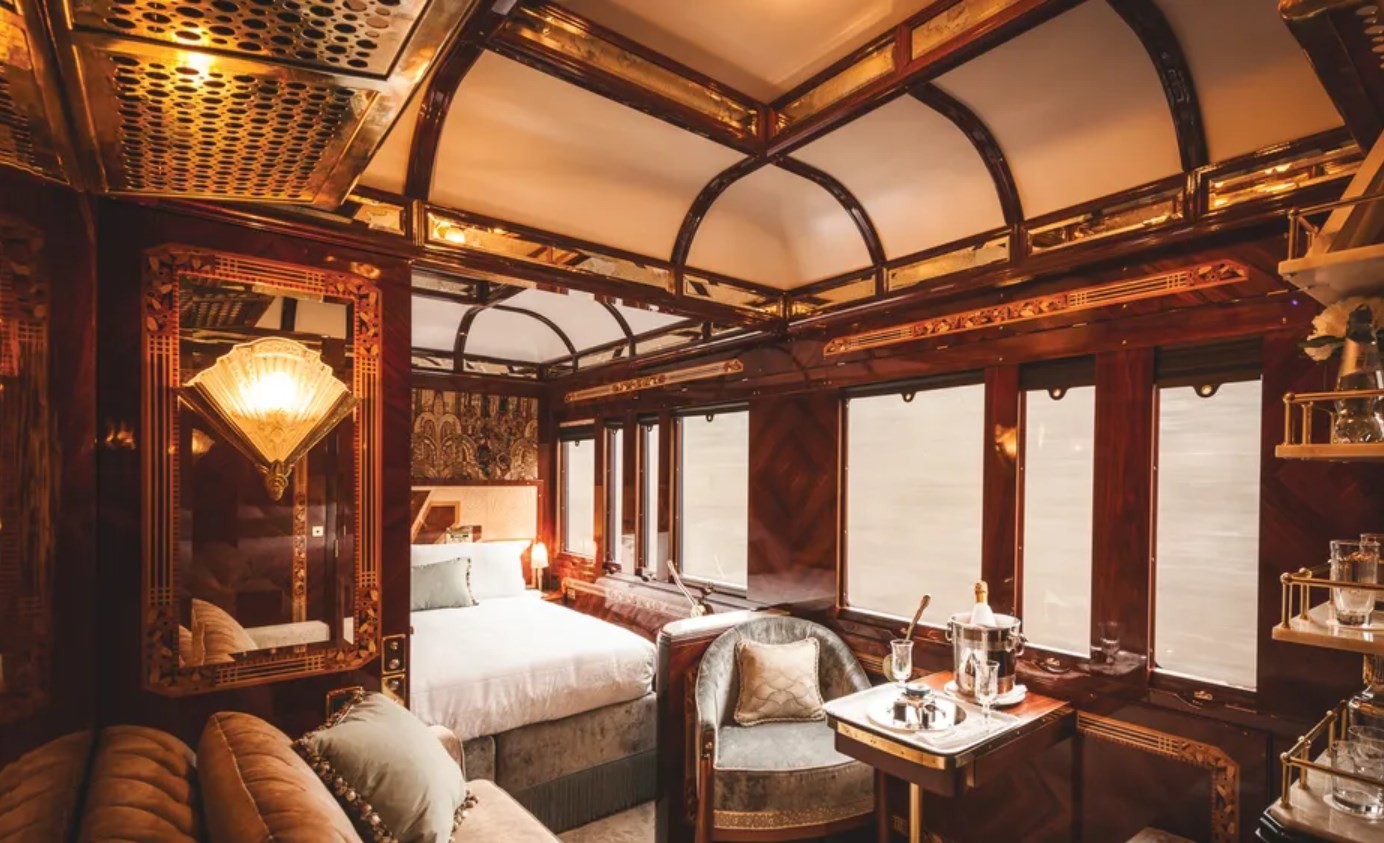 The Venice Simplon-Orient-Express, which made its inaugural journey in 1982, is made up of 17 original 1920s and 1930s carriages, each with its own charm and history. The train offers Historic Cabins and six Grand Suites, which are named after the cities that have inspired the designs—including Paris, Vienna and Venice. Eight new Suites will join the two pre-existing cabin categories in June 2023. The new Suites will offer a private marble en-suite bathroom and a lounging area by day, converted to either double or twin beds, by night.