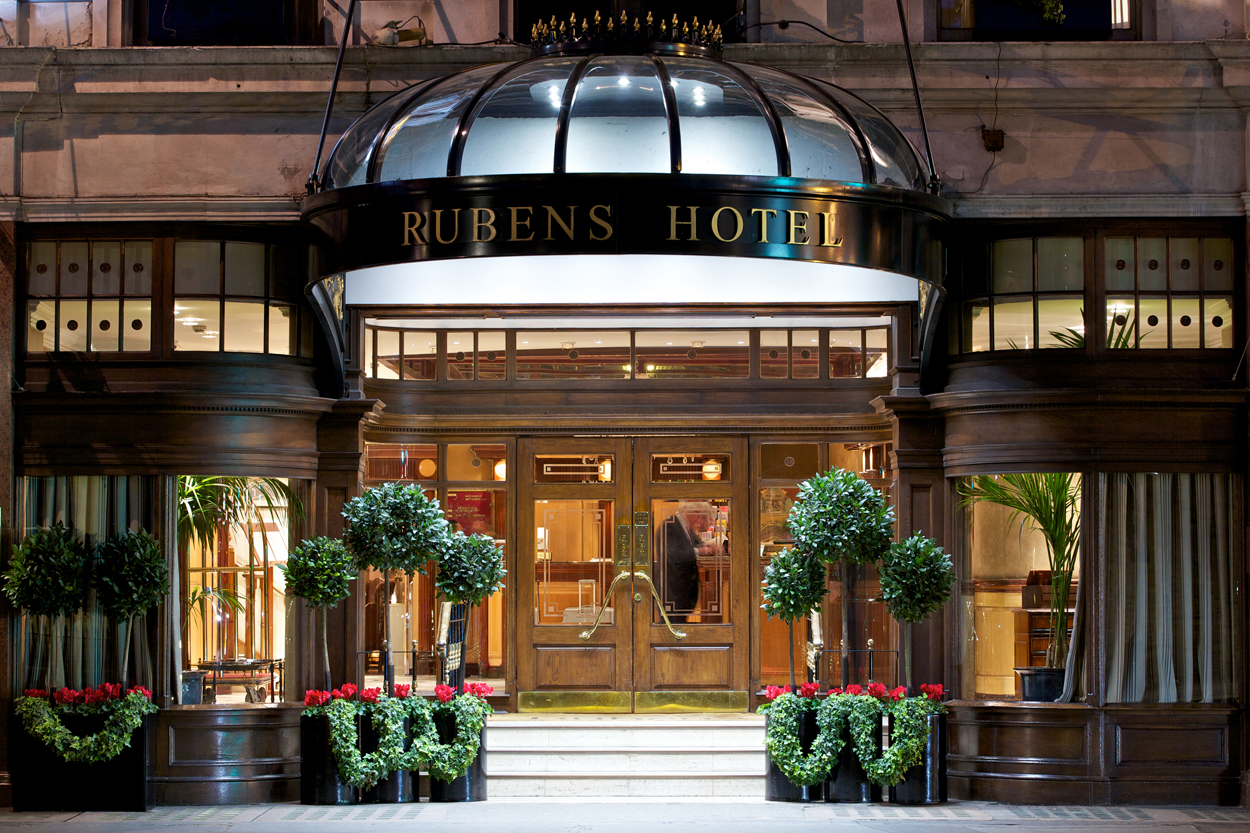 Crédit photo : The Rubens at the Palace

Following the completion of a multi-million-pound refurbishment earlier this year, The Rubens at the Palace hotel overlooking the Royal Mews of Buckingham Palace in London’s Victoria, has announced today it has been classified a five-star hotel by the distinguished AA hotel rating-scheme.  The hotel’s advancements, including two elegant new restaurants, two vibrant bars and fully renovated accommodation and public areas, have been recognised via an independent AA assessment resulting in an upgrade to five-star status.

The Rubens is one of the most historic, distinguished and luxurious hotels in London. Having stood as a neighbour to Buckingham Palace since the 1700s, The Rubens is a bastion of the Belgravia area and has played host to debutantes and notable members of society since the early 1900s. This high society heritage was the source of inspiration for the hotels’ most extensive refurbishment since it became part of the Red Carnation Hotel Collection in 1997. Red Carnation’s family-run design team created the “Rubens re-born”, reflecting the building’s impressive heritage and unparalleled location through regal colour palettes and thoughtful touches, whilst bringing it up to date with its newly revitalised surroundings, the $2.8 billion Nova complex.

During the restoration, The Rubens introduced a variety of new dining concepts and refurbished bar venues appealing to both guests and visitors. The magnificent fine dining restaurant, The English Grill offers modern twists on classic English dishes, with ingredients sourced from the highest quality suppliers, including meats from Aubrey Allen, Royal Warrant holder to Her Majesty The Queen, and freshly, locally-sourced fish from Billingsgate Market. Another new concept is the recently opened Curry Room, an authentic Indian restaurant offering a blend of Indian and South African influences, whilst the Palace Lounge serves the Rubens’ famous Royal afternoon tea with floor-to-ceiling views across to the Royal Mews. The Leopard Bar brings a new level of sophistication and elegance to Victoria’s nightlife scene, serving over 200 whiskies and 30 Champagnes accompanied by a live jazz and swing band, while the striking red New York Bar provides a vibrant atmosphere in which to enjoy cocktails from an enticing drinks menu, against a backdrop of live music.

“The Rubens at the Palace demonstrated excellence in all categories of our rigorous rating assessment. Its luxurious and elegant décor and ambience, its excellent and imaginative new food and beverage offerings and its overall impeccable service delivery has brought the hotel’s guest experience to a whole new level. As with all Red Carnation hotels, it is the warm and generous hospitality demonstrated by the hotel staff, from front of house to housekeeping, that was a major contributor to The Rubens’ much deserved upgrade.”

“We’re incredibly proud that The Rubens has been recognised following the extensive refurbishments earlier this year. The new five-star classification is a testament to the efforts of our talented design team and passionate hotel staff, led by General Manager Malcom Hendry. The investment we made has moved the property into the same league as the very finest in the capital, and the team looks forward to welcoming guests to London’s newest five-star hotel.”